Samsung’s Galaxy M line has already shipped several phones with large batteries, and another model seems to be on the way. The new certification listing (DEKRA) points to the Samsung Galaxy phone, which is believed to be the Galaxy M32.

The listing also shows a 5830mAh battery, which means that a typical 6000mAh capacity can be expected. The battery has the EB-BM325ABN model designation, which connects it to the Galaxy M32 phone. 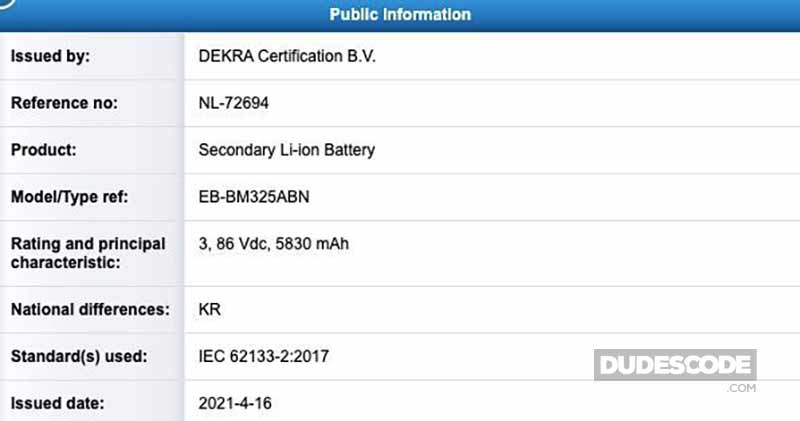 There are no other official details about the Galaxy M32, and according to rumors, similar features are expected as with the Galaxy A32. It includes a 6.4-inch AMOLED display and a 64MP main camera.

As the Galaxy M32 is Samsung’s M-series phone, a different design and a more affordable price are expected.

You can now iCloud Lock your AirPods

World of Warcraft: Burning Crusade Classic expansion will be launched on June 1st