How durable is Steam Deck? (VIDEO) 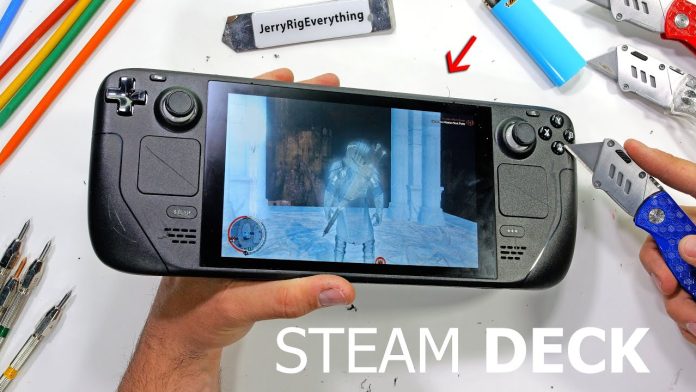 If you’ve ever wanted to know how durable the Steam Deck is, you can now see it thanks to Zak from JerryRigEverything’s. He subjected the device to its unusual tests, and posted it on his YouTube channel. You can see the video in text below.

The 512GB Steam Deck model has found itself in an extreme endurance test, which includes scratching, ignition, bending resistance test and gives us an insight into the physical characteristics of the device.

The Steam Deck display is scratched from the sixth level of the Moss scale, with deeper notches from the seventh level. Zack Nelson shows us that significant force is needed to damage “anti-glare” glass, although an abrasive coating can make it harder to remove surface damage.

As it is made of plastic, the traces of the pen blade are clearly visible, but it will mean information to the players that the markings on the keys are durable and it will probably take a long time before they wear out.

The screen also resisted all attempts to break by bending, both on the front and on the back. All in all, the Steam Deck has proven to be a decently durable device.